What is the scriptural difference between human and animal meat? And what is its significance to the discussion on prohibited or forbidden meat? 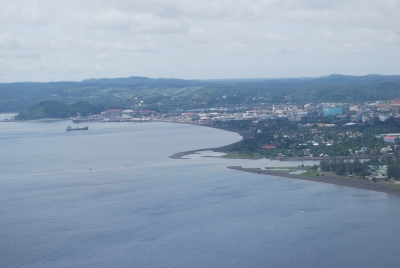 There may be human and animal meat in the shore. http://www.wordatthenet.com

We have previously discussed the following topics concerning the verse, to wit: 1) What is it? 2) the Logic of the Words, and 3) the Circumstances when Words were Spoken, with the subject verse stating as follows:

4The one thing you must not eat is meat with blood still in it; I forbid this because the life is in the blood. (Genesis 9:4, TEV)

The previous discussions logically point to a human meat as the one being prohibited to be eaten, if with blood still in it.

The verb “eat” and it’s counterpart

Now, let us try to dissect the verb “eat” that is being used in the verse. Eating is a function of the oral cavity. Aside from eating, there are other functions of the oral cavity depending on the specific parts being used. For example, if you use the lip-it may be  kissing. If you use the teeth with enough strength-it may be  biting or masticating, etc. e.g, grinning, smiling, spitting, drinking.

Upon the other hand, the counter-part of the verb “eat” is “meat with blood still in it.” It is being prohibited to be eaten because the life is in the blood.(“I forbid this because the life is in the blood“). In other words, the prohibition is not because directly of blood in meat but because of the presence of life in blood in meat. If you take out the life in that blood, will you not also take out the prohibition in eating that meat? Murder, homicide or natural cause may extinguish life. But blood maybe preserved for so long without the meat and with life no longer in it. It would had been stated “I forbid this because blood is life” if the intent of the prohibition directly pertains to the blood in meat. In fine, life and blood are two distinct entities.

These facts are not so for animals. Homicide or murder cannot be committed against animals, which The Word considered merely as foods under Genesis 9:2-3. In short, according to verses, “life” was designated only for human beings, the animals being designated for foods. In contrast, most believers have their own definition of “life”. to include other alleged forms of life such as bird, fish, plant or animal life.

Because plants have no meat, most believers are convinced that the meat referred in the verse is animal meat but  forgetting the fact that they have also their meat. Thus, the millennial conflict of definition of “life” between The Word and the many who hear.But assuming for the sake of argument that animals are said to be within the term “life” in verse 4, said definition per se does not exclude the living human meat in the prohibition.

There is a big difference between the “life” oriented teaching and the “blood” oriented teaching. If you believe in the latter, for purposes of consistency, you can amend the verse at your own risk, as follow:

4The one thing you must not eat is meat with blood still in it; I forbid this because blood is life (Note: Blood and life are made as one).

Thus,  a “life” oriented individual will believe that what is being prohibited is a LIVING HUMAN MEAT because of the presence of life in blood in it. For several millennia, it is less likely subjected to mere kissing or forceful mastication, both acts being in the extremes, but in moderation or in between them. Nobody will intentionally eat it, when life in blood is no longer in it. It is being eaten while the body is alive. It is not taken or swallowed for digesting as it is not being masticated. Also, it remains intact with the other parts of a human body. In short, it is usually not injured after eating. Such eating may cause happiness but, in some cases, may give one with HIV, syphilis, etc, including criminal cases.

Worst, ask some priests or a cardinal on what they have done to the prohibited meat.

Also, why are the Americans  legalizing eating the prohibited meat? Are they showing their status as a world (not heavenly) superpower, to the point of doing it? On its part, France is also adopting the so-called “same-sex marriage”/eating meat legislation. Is it because France is also a world((ly) and not a heavenly) power?

CAUTION: Upon knowing this, kindly don’t test or challenge the information, by sexually eating the human meat that is being prohibited to be eaten.