“The Word” was Offended

“The Word” was offended when replaced by his alleged image/picture that you see in churches, souvenir items, stores, markets, cinemas, Facebook, internet, streets, etc. He was also offended when an image, popularly known as Sto. Nino, was made to represent his name as a child. 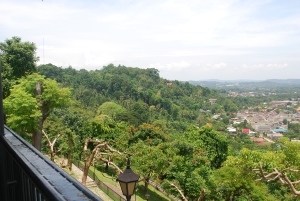 Trees are for forests and words are intended for this world. http://www.wordatthenet.com

He was offended  because he did not teach about these images, being contrary to the teachings not to serve or bow to any image of anything, either in heaven, on earth or underneath the seas. In effect, including even his own image, assuming that somebody was able to take his image 2000 years ago and thereafter.

Thus, the calamities and disasters, which are exemplified by war, famine, tsunami, diseases and the Philippine earthquake lately reported and more disasters and calamities to come, until everybody learns the lesson to respect “The Word” that for centuries were abused by priests, nuns, concerned preachers and all opportunists.

This is a theory of the case.

Why is He offended?

Because of the following:

“19Then He took  a piece of bread, give thanks to God, broke it, and give it to them, saying “This is my body, which is given for you. Do this in memory of me. 20In the same way, he gave them the cup after the supper, saying, “This Cup is God’s new covenant sealed with my blood, which is poured out for you”. (Luke 22:19-20, TEV)

Assuming however that he was offended, he can still forgive without even asking for forgiveness by concerned individual. On the other hand, the Father in Heaven can also forgive subject to the following conditions, to wit: 1) It is a must that  concerned must ask for forgiveness directly to the Father in heaven, and at the same time, 2) He/she must also forgive others. But the Holy Spirit can not forgive.

Theoretical question: Before He comes, what will you do?

By aaphil in Spiritual Stress on October 16, 2013.
← Cebu-Bohol Earthquake: A Sign Against Idolatry Restore or build new churches? →