Home » Habakkuk 2 » United Kingdom: Next in the Doom List 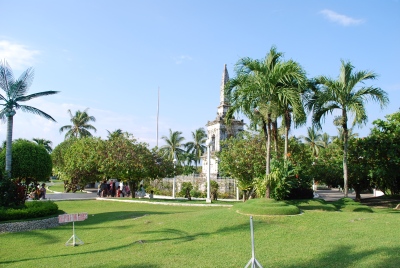 Once destroyed, the park is no longer the same. http://www.wordatthenet.com.

The common denominator in  their inclusion in the doom list is legislation of “same-sex marriage” or sodomy. Vatican City was included being a principal by inducement.

This article precedes “The Oral Sex Theory” to be published, to logically prove that the present words “oral sex” or “same-sex marriage” is no other than the prohibited act of “eating meat with blood

15You are doomed! In your fury you humiliated and disgraced your neighbors; you made them stagger as though they were drunk. 16 You in turn will be covered with shame instead of honor. You yourself will drink and stagger. The Lord will make you drink your own cup of punishment, and your honor will be turned to disgrace. 17You have cut down the forests of Lebanon; now you will be cut down. You killed its animals; now animals will terrify you. This will happen because of the murders you have committed and because of your violence against the people of the world and its cities. (Habakkuk 2:15-17,TEV)

Reported last July 17, 2013 by BBC News, same-sex marriage became law in England and Wales. The legislation received Royal Assent. Without any possibility of withdrawing it, the irreversibility of the measure becomes logical. The critical point was already reached by United Kingdom when a Royal Assent to “eat meat with blood still in it” was given. Thus, Habakkuk 2:15-17 is applied.

Again, as the judgement had been already written in an ancient manuscript, then nobody can logically claim any superiority over what will happen to United Kingdom.

Verse 17 speaks of the forest of Lebanon, animals and a repeat of the phrase “murders you have committed and because of your violence against the people of the world and its cities” that is also present in the prophecy for United States.

The latter refers to the conspiracy of United Kingdom and United States in committing murders and violence in the middle east and other areas. The forest of Lebanon is a literal description referring to cedars used to build the railroad from Tripoli to Haifa during  World War II by British troops.(Tourism @ Lebanon.com). And while the prophecy for United States speaks of “enemies”, in the case of United Kingdom, the verse used “animals” instead.They called their enemies as “animals”?

Verses 15 and 16 refer to the tenor of the judgment, with poetic and literal description of concerned.