COVID-19 Pandemic brings to fore various behavioral reactions of different sectors of the society, worldwide, and it seems that everybody was caught by total surprise. There is lockdown and other terms that could only be heard today. Is COVID-19 really deserving to win to fix or influence the behavior of the society? Or what is […]

Is Brazil included in the doom list?  Some sort of an “out of this world” question, isn’t it? Because, if you are a religious person, what you will easily note in the place is the “Christ the Redeemer” statue in Rio De Janeiro. 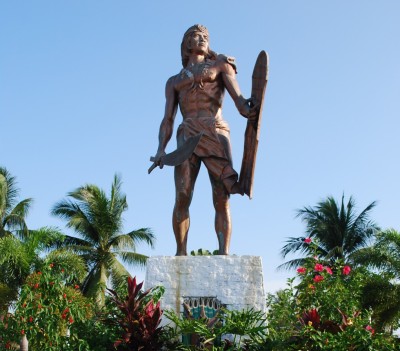 And, most probably, you will trust that in case of a worldwide catastrophe, Brazil would be spared or minimally affected because of the statue.

Also, probably,  religious persons and historians, are of the beliefs that: “Christ the Redeemer is a statue of  “Jesus Christ”. In fact, quoted from Wikipedia, it is “considered the largest statue in the world. It is 30 metres (98 ft) tall, not including its 8 metres (26 ft) pedestal, and its arms stretch 28 metres (92 ft) wide.It weighs 635 tonnes (625 long, 700 short tons), and is located at the peak of the 700-metre (2,300 ft) Corcovado mountain in the Tijuca Forest National Park overlooking the city. A symbol of Brazilian Christianity”.

However, looking at the “words” written in Habakkuk 2, specifically Habakkuk 2:18-20, which are parts of a doom prophecy, the Christ the Redeemer statue or any statue or idol, for that matter, are the subject matter of the verses. They expressly provide that idols are useless and can not be used as a defense against an incoming catastrophic worldwide event.

18 What’s the use of an idol? It is only something that a human being has made, and it tells you nothing but lies. What good does it do for its maker to trust it – a god that can’t even talk! 19 You are doomed! You say to a piece of wood, “Wake up!” or to a block of stone, “Get up!” Can an idol reveal anything to you? It may be covered with silver and gold, but there is no life in it.

The reckless use of their names in their “alleged” statues is therefore, not to honor them, but a great disrespect and considered as a great lie, because of its logical but false implications unto them as believers in idolatry. Thus, the applicability of the phrase “and it tells you nothing but lies” in verse 18. Therefore these idols can not be trusted by the makers because they are useless.

Application of the Verses to Brazil

Based on the foregoing premises, the “Christ the Redeemer“ statue in Rio De Janeiro, Brazil, which is “considered the largest “alleged Jesus Christ” statue in the world”, is logically then considered as the greatest  and biggest lie that is standing in this planet. It perfectly made Brazil qualified for the verses.

Because the subject verses are referring to idols, which are  prevalent in nations influenced by the Roman Catholic Church, a superficial conclusion  may be reached that incoming catastrophe  will affect all the said nations.

However, in view of use of the phrase: “You are doomed” in verse 19, the verses are apparently referring primarily to a specific nation, which is obviously noted for idolatry, if consistency of  “you are doomed” phrase, which respectively relating to US, France, Vatican City and United Kingdom, be taken into full consideration. Worldwide effects however are expected.

Wikipedia reports that Brazil started to recognize same-sex unions in 2004. However, on May 14, 2013, The Justice’s National Council of Brazil legalized same-sex marriage in the entire country in a 14-1 vote by issuing a ruling that orders all civil registers of the country to perform same-sex marriages and convert any existing civil unions into marriages if such a couple desires.

Among the listed nations which legalized same-sex marriage, only United States, France, United Kingdom and Brazil are included expressly in Habakkuk 2 doom prophecy. This is in addition to Vatican City, which was discussed previously as inducer of sodomy.Most probably, they were written in the prophecy due to the irreversibility of their respective circumstances. Although not specifically identified in the prophecy, the rest, however, are still free to insist  following them, if they so desire, prior to the execution of judgement.

By aaphil in Habakkuk 2 on October 28, 2013.
← United Kingdom: Next in the Doom List Superstorm is coming →