My estimate is 18,000 but President Benigno Aquino confirmed it not at 10,000. So, Aquino’s estimate, which appeared and quoted in Yahoo headline, may be less or more than 10,000. But assuming it is 9,999, it would mean that another Yolanda is needed to complete the 18,000, applying a simple arithmetic. 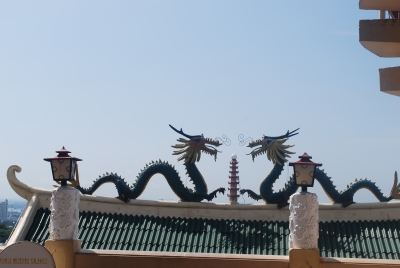 What is my point? First, this event is not an ordinary scenario as what the Roman Catholic priests are convincing the public through their “emperata” prayer , which I call “empe-rat-rat”,  that the cause of typhoon is abuse of the environment or “scientifically” calling it global warming.

Roman Catholics did not primarily abuse the environment but in fact had abused and took advantage of “The Name”.

So, who is the enemy Filipinos are actually and presently facing? And who induced the Filipinos to become His enemies?

While most Filipinos would disagree on this proposition, but the names being used in idols, in the form of statues of alleged Mother Mary, statues  of alleged Jesus Christ and the Sto. Nino, etc. are the names of Mother Mary and Christ, who did not and will not believe in idolatry or in images to be phrased.

Because by doing so, they deemed conspired against God to be intentionally excluded in the phrasing because no one knows the image of God, except Christ. What an insult to Mother Mary and Christ!!!

If the name of every Filipino is entitled to respect, it is likewise true to the names of Mother Mary and Christ.

And under no circumstances in their lifetime that Mother Mary and Christ designated these statues and images as their duly designated representatives to receive phrases for them. So what is the point of the Catholic priests in continuing these practices and making the Filipinos as frontliners for these Roman Catholic practices. Besides, these priests are not paying taxes to the government.

God hates idolatry and those who believe in idolatry are enemies of God.

Finally, Mr. Aquino… I know that it’s politically correct to at least minimize the political effects of the calamity to the presidency, thus, some advisers may advise you to minimize the number of the dead. Because it is consistent to your political efforts to minimize casualties. But there is nothing wrong with being honest so instruct your men to be honest too.

Take note at your own risk, as the case maybe, the actual number of the dead is to emphasize to this small world how He was offended, in the same manner that you, as President, exhibits your behavior to emphasize your point. You will be judged according to your spoken words, Mr. President.

By aaphil in Spiritual Stress on November 13, 2013.
← Pope, Obama deeply saddened? The Enemies of God in Filipinos →
Loading Comments...