Pope Francis totally lacks any legal personality to attack the “trickle-down” theories based on his alleged justifiable and moral grounds. Nor has the rights to utter words against “money”, any person or anything in heaven, on earth and underneath the sea. 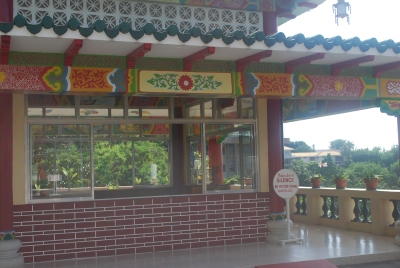 Attacking other’s immorality without admitting his own immorality is foul. http://www.wordatthenet.com

Above proposition is logical, unless, he attacks first the “holy” cross, “holy” rosary, rosary beads and strings, and every Roman Catholic idols, e.g images and statues, which are being promoted by  Roman Catholic Alleged  Church.

He should also return first the title of the “Holy Father” to the real owner, including all the donations, monetary or proprietary, and all the “moneys” that the Roman Catholic alleged church had benefited in selling deceptive  images, statues  and candles, etc and all the fees paid for baptisms, masses,  weddings,  burials, etc, to all deceived followers.

The Pope should likewise civilly compensate all the  victims of Roman Catholicism and homosexual priests and all nuns and sisters, who sacrificed their respective personal liberty by staying in convents to do useless labor of “idolatry“.

Finally, he must stop using the names of the Father, the Son and the Holy Spirit for purposes of revering the heavenly and earthly crosses and maintaining the alleged church observer status in United Nations and spiritual leadership of christianity, worldwide.

If he can do all the above then he can have the personality to attack. But, if he can not do any of them then it’s logical for him to just shut up for utter lack of moral and spiritual grounds.

Based on the above, the papal statement on economics is premature and has no legal standing at all. Pope Francis attack on “trickle-down theories” is quoted below for reference:

“Some people continue to defend trickle-down theories which assume that economic growth, encouraged by a free market, will inevitably succeed in bringing about greater justice and inclusiveness in the world,” Francis wrote in the papal statement. “This opinion, which has never been confirmed by the facts, expresses a crude and naive trust in the goodness of those wielding economic power and in the sacra­lized workings of the prevailing economic system.”

Pope Francis may be right on crude and naive trust being given to the goodness of those wielding economic power, however, he has no legal, moral and spiritual personality to attack the theory. He should better leave the issue to others, who have logically valid personality.

By aaphil in Religious Deception on December 12, 2013.
← President Aquino: “Did I do right?” Christmas: Proof of religious deception →
Loading Comments...