Home » Religious Deception » Is there factual basis for ‘Mother of God’ doctrine?

Is there factual basis for ‘Mother of God’ doctrine?

If you are a devoted Roman Catholic, you are more likely to recite the ‘Holy Mary, Mother of God’  phrase in rosary. But what are you really doing if God is not the Son of Mother Mary? Are you not simply lying? 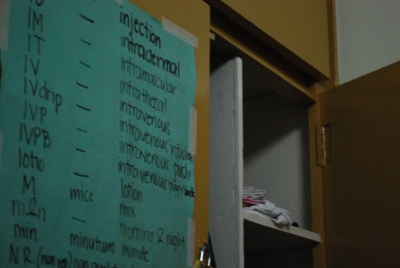 The secret in the closet is the same as keeping secret through religious deception as in ‘Mother of God’ concept. http://www.wordatthenet.com.

Also, before you utter the words “holy Mary, mother of god’, have you personally asked Mother Mary  to know whether in fact she is the Mother of God?

Or have you asked the Father in heaven whether or not He has a mother?

Are you not interested in knowing the answers? If you were not able to ask and know the answers from them, are you then reciting the phrases based on truth? Or based on deceptions?

Setting aside any traditional belief on the ‘Mother of God’ doctrine, let us discuss it if there is any factual basis for such belief.

In the old and new testaments, did God declare that He has a mother? Also, in  the new testament,  did Christ say that her mother is likewise the Mother of the Father in heaven? Or did Mother Mary say that she is the Mother of both Christ and the Father in heaven? All could be answered in the negative. And if this fact could not be argued by the Pope, the priests, nuns and Catholic theologians, then they should better shut up.

If God, Christ and Mother Mary have not mentioned anything about the “Mother of God’ entity, who else should have the personal knowledge of testifying that there is such a thing.  Nobody. The Pope could not even provide you an honest answer, if asked.

Thus, the fact of motherhood that is being alleged in the phrase ‘holy Mary, mother of god’ is simply not existing. Consequently, those who are reciting the same are only lying and grossly insulting God.

On the other hand, the ‘Mother of God’ concept likewise lacks the factual basis because trinity doctrine, as its source, is only an opinion, worst, being false at that. In fine, Roman Catholicism and other promoters of these doctrines are not promoting the real truth for the followers but doctrinally deceiving them at will.