Home » Religious Deception » Mafia excommunication by Pope is not helpful

Mafia excommunication by Pope is not helpful

Mafia members were recently excommunicated by Pope Francis. Is it nice and spiritually healthy? How about excommunicating also the pedophile priests and all Roman Catholics who kneel before the cross and other Roman Catholic idols? Because if the violent acts of Mafia members are primarily directed against their fellowmen, which is disobedience to the words of God, ‘oral sex’ mentality or pedophilia of catholic priests and idolatry of Roman Catholics are acts that are primarily  directed against God. 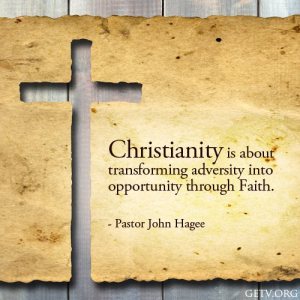 In other words, Mafia’s acts of violence and pedophilia and idolatry in Roman Catholicism are both against the words of God with the latter being worst than the former considering the intention and recipient of the acts.

Notably, idolatry is forbidden in the scripture, which states among others, as follows:

8I alone am the Lord your God. No other god may share my glory, I will not let idols share my phrase. (Isaiah 42:8, TEV)

8The Lord punished his people by sending them into exile. He took them away with a cruel wind from the east. 9But Israel’s sin will be forgiven only when the stones of pagan altars are ground up like chalk, and no more incense altars or symbols of goddess Asherah are left. (Isaiah 27:8-9, TEV)

Worst is the fact that the  names of God, Christ, Mother Mary  and the saints are being used in vain in the above idols.

And concerning ‘oral sex’ mentality or sodomy or pedophilia of pedophile priests, the scripture says:

22No man is to have sexual relations with another man; God hates that.(Leviticus 18:22,TEV)

Based on the foregoing grounds, possibly, if you excommunicate pedophile Roman Catholic priests and Roman Catholic idolaters, most probably all Roman Catholics, including the Pope as the leader of ‘cross’ believers, would in effect be excommunicated.  And nobody would remain as Roman Catholic. Therefore,  excommunication by the Pope is not spiritually helpful. Besides, such act would constitute grave abuse of social and political authority.

By aaphil in Religious Deception on June 22, 2014.
← 7.2 earthquake feared to affect Metro Manila The ‘Constantine the Great’ Cross Deception →