Home » Religious Deception » Are you a Christian or a ‘crossian’?

Are you a Christian or a ‘crossian’?

What’s in  a cross for you to die for just like in the case of a flag? Also, is it proper to connect cross to the identity of Christ, as if without it in a belief system, the believer can no longer be called Christian as if Christ himself is dependent on the existence of the cross? Also, what is a crossian? 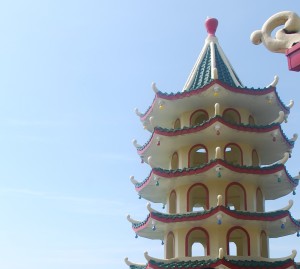 Temple and the cross

These questions are related to how deeply humanity was deceived to believe on something, which is unnecessary and can qualify one to be foolish, because, while he is admitting as a Christian, his action and belief system are not based on the doctrines of Christ, more specifically, about the cross. Notably, being an image, the cross is in blatant violation of the second commandment of God.

Also, Christ did not command the apostles to build a cross or his alleged image to honor him, so it does not logically follow that once you have a cross in your belief system, you are a follower of Christ. In fact, you must be properly called a crossian, not as a Christian, because Christ did not tell you or your ancestor to build his cross in memory of him.

In Luke 22:19-20, Christ instructed his apostles to focus on his sacrificial body being represented by bread in memory of him, as follows:

“19Then He took  a piece of bread, give thanks to God, broke it, and give it to them, saying “This is my body, which is given for you. Do this in memory of me. 20In the same way, he gave them the cup after the supper, saying, “This Cup is God’s new covenant sealed with my blood, which is poured out for you”. (Luke 22:19-20, TEV)

Note that his image and the cross were not mentioned as tools to be used to remember him but though his sacrificial body or bread.

In short, if you have a physical cross in your belief system, are you a Christian?

Unfortunately, this grave symptom of traditional religious deception was recently reported in ph.news,yahoo.com, “when a government-hired crew tore down the metal cross atop the one-room church” in Wuxi Village, China. It was also reported in the article that;

“The next day, a church member used his own welding torch to put it back. He was promptly detained and questioned for 10 hours on the charge of operating a welding business without a license.

“I won’t let them take down the cross even if it means they would shoot me dead,” said Fan Liang’an, 73, whose grandfather helped build the church in 1924.”

By aaphil in Religious Deception on August 6, 2014.
← Grammatical error in ‘Jesus is God’ doctrine Filipinos, do you really loved God? →