Home » The Word » Christ logically says: ‘I am not God’

Christ logically says: ‘I am not God’

If you will ask Christ ‘if he is God’, what will you get as an answer? Surely, you will get a clear denial: “I am not God”. Because if he says he is God, then surely, you will no longer pray to the Father in heaven and know and love Him in return in frustration of the mission, which “the Word” who was god (John 1:1) and was sent to earth but waived such godship to be transformed to human being to fulfill it by himself. 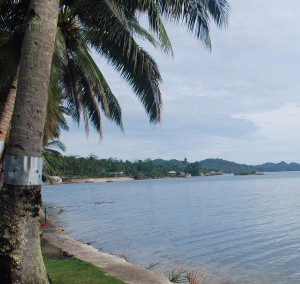 But if you ask a “Jesus is God’ believer, of course, you’ll get a different answer because you will be technically swayed to forget the Father in heaven and remember a false Christ as God.

Logically, thus, there will be a need to re-write the verse in substance to “In the end, the false Christ is the only God”. Do you like it?

Remember, there is only one God.

Thirdly, the logical implication if Christ on his return is granted Godship by everybody is that despite they don’t yet deserve to be in company of God because of their sinful way, everybody will be technically elevating their status.

In fact, if you treat him as human contrary to his suspected nature as God, only Christ could be blamed because he did not explicitly say that he is God. On the other hand, if you allege him to be God contrary to his human nature, obviously, you are a false witness.

Fifth, is it not stated in the scripture that he will be a King? Now, is it wrong to treat him as your King?

Also, Christ was stressing your prayer to be addressed to the Father in heaven and he taught his believers to pray,as follows:

Notably, it is very unlikely for Christ to teach believers to address their prayers to  him as God as he had been teaching prayer to be addressed to the Father  in heaven. That being so, Christ’s God is not himself but Somebody else.

Finally, he is biblically confirmed not as God in Hebrews 2:17-18, having suffered as he was also tempted like others. For reference, stated under are the cited verses:

17 For this reason he had to be made like them, fully human in every way, in order that he might become a merciful and faithful high priest in service to God, and that he might make atonement for the sins of the people. 18 Because he himself suffered when he was tempted, he is able to help those who are being tempted.(NIV)

By aaphil in The Word on August 18, 2014.
← Filipinos love the sun and the three stars ‘The Word’ and the Holy Spirit are faculties of God →