Philippine Catholic leaders are reportedly interested to counter the alleged extremist religions such as those espoused by Islamic State militants in Syria and Iraq but  also “asked the country’s bishops to collect donations for Christians who have been displaced by the militants and whose places of worship have been razed “by a godless rage with which no genuine religion can ever identify.”(https://ph.news.yahoo.com) 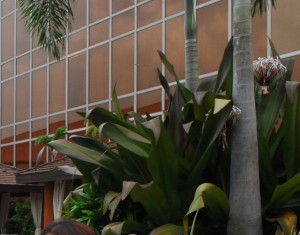 Facade of a false ideology. http://www.wordatthenet.com

To counter any extremist religion is good but what is very disturbing in the report is that bishops were asked to collect donations intended for alleged Christians.

But before discussing the merit of the donation, we will try to settle first whether or not Roman Catholicism is comparable to extremist religions such as those espoused by Islamic State militants.

Fist premise: On radicalism-Roman Catholicism had deleted the second commandment of God, which states:

“You shall not make for yourself a carved image, or any likeness of anything that is in heaven above, or that is in the earth beneath, or that is in the water under the earth; you shall not bow down to them nor serve them. For I, the LORD your God, am a jealous God, visiting the iniquity of the fathers on the children to the third and fourth generations of those who hate Me, but showing mercy to thousands, to those who love Me and keep My commandments” (Exodus:20:4-6 ).

The third commandment of God was made to replace the second commandment. Catholicity.com explains:

“224. What is the second commandment of God?

The second commandment of God is: Thou shalt not take the name of the Lord thy God in vain.

By deleting the second commandment of God, Roman Catholicism is proving to be extremely radical compared to extremist religions.

Second premise: On usurpation. The Catholic priests had usurped the spiritual fatherhood of the Father in heaven by indoctrinating followers to call them Reverend Father and the Pope as the Holy Father. This is not true to extremist religions.

Third premise: Cross believing-Roman Catholicism indoctrinated followers to bow and kneel before the physical cross using the name of God but these extremist religions  are bowing to spiritual being.

Fifth premise: Pedophilia-These extremist religions are known to eliminate pedophiles in their midst but in Roman Catholicism, if you are pedophile priest, you were at one time protected despite Leviticus 18:22 stating that:

22No man is to have sexual relations with another man; God hates that.(Leviticus 18:22,TEV)

Eighth premise: Hypocritical prayers– both the Roman Catholicism and the extremist religions are showing to the public that they are prayerful contrary to Christ teaching .

5 “When you pray, do not be like the hypocrites! They love to stand up and pray in the houses of worship and on the street corners, so that everyone will see them. I assure you, they have already been paid in full. 6 But when you pray, go to your room, close the door, and pray to your Father, who is unseen. And your Father, who sees what you do in private, will reward you.(Matthew 6:5-6, GNT).

Conclusion: Roman Catholicism spiritual leaders are not similar to Islamic State group because they are worst in terms of radicalism, usurpation, cross believing, idolatry and pedophilia. Foregoing premises considered,  if you are a crossian, are you going to donate? Also, if you are a true Christian, will you also donate?

By aaphil in Religious Deception on September 9, 2014.
← ‘The Word’ and the Holy Spirit are faculties of God Pope Francis’ Virgin Mary doctrinal deception →