Home » The Word » JESUS or ‘J-ZEUS’ is not coming back

JESUS or ‘J-ZEUS’ is not coming back

Is Jesus or ‘J-ZEUS’ really not coming back? This question is relevant today as Christians and the world were deceptively made to believe by Roman Catholicism through Greek, Latin and English writers, who revised the Hebrew name of Christ in the bible through transliteration,  that Jesus will come back. 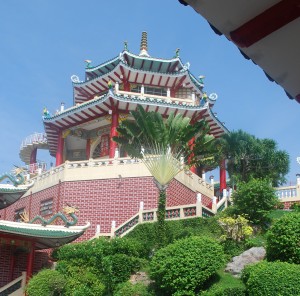 In fact, King James and other versions of the bible emphatically convinced Christians and crossians to believe in the name ‘Jesus’, without honestly telling them that such name is nowhere to be found in Bethlehem or Judah or  surrounding nations or even in Rome, when Christ was born and until he was crucified.

Naturally, as no ‘Jesus’ or ‘J-ZEUS’ had departed 2000 years ago in the first place, then, no man with such a name is expected to return.

This is how Roman Catholicism deceived the world and everybody is faithfully foolish to follow the lies of the Pope and the Roman Catholic leaders.

That’s why the Spokesman for the Vatican is honest in saying in substance that ‘no Jesus is coming back’, without telling honestly however, that Jesus is not the son of God, but may be the son of Greek demigod ZEUS.

The report on the same at waterfordwhispersnews.com is quoted verbatim as follows:

A SPOKESPERSON for the Vatican has officially announced today that the second coming of Jesus, the only son of the God, may not happen now after all, but urged followers to still continue with their faith, regardless of the news.

Cardinal Giorgio Salvadore told WWN that this years 1,981st anniversary is to be the Vatican’s last in regards to waiting for the Lord to return to Earth.

“We just feel Jesus is not coming back by the looks of it.” he said. “It’s been ages like. He’s probably flat out doing other really good things for people somewhere else.”

Nearly two thousand years ago, Jesus promised his disciples that he would come again in chapter John 14:1-3 of the bible: “There are many homes up where my Father lives, and I am going to prepare them for your coming. When everything is ready, then I will come and get you, so that you can always be with Me where I am. If this weren’t so, I would tell you plainly”

The Vatican defended Jesus’ broken promise, claiming “he was probably drinking wine” at the time when he made the comments.

“Having the ability to turn water into wine had its ups and its downs.” added Cardinal Salvadore. “We all make promises we can’t keep when we’re drunk. Jesus was no different.”

The church said it will now focus attentions on rebuilding its reputation around the world, but will keep an optimistic mind for the savior’s second coming.

Based on the above, it is clear that Roman Catholicism had deceived the world by deceptively transliterating the Hebrew name of Christ to its final form, Jesus, who is grossly a false Christ, because such name is not, in fact, the name of Christ. Also, notice that the final transliterated name carries the  root name of ZEUS and thus, if you invoke the name ‘Jesus’ in prayers, you consequently consider ZEUS as your heavenly father.  In short, you become a Zeus believer instead of a God believer.

Therefore, based on the foregoing, are you expecting that a person named Jesus is coming back? I don’t think so.

By aaphil in The Word on November 18, 2014.
← The Falsehood in Shroud of Turin Jesus is a False Christ →