Home » Religious Deception » Where did the names ‘Jesus’ and ‘Christ’ originate?

Where did the names ‘Jesus’ and ‘Christ’ originate? 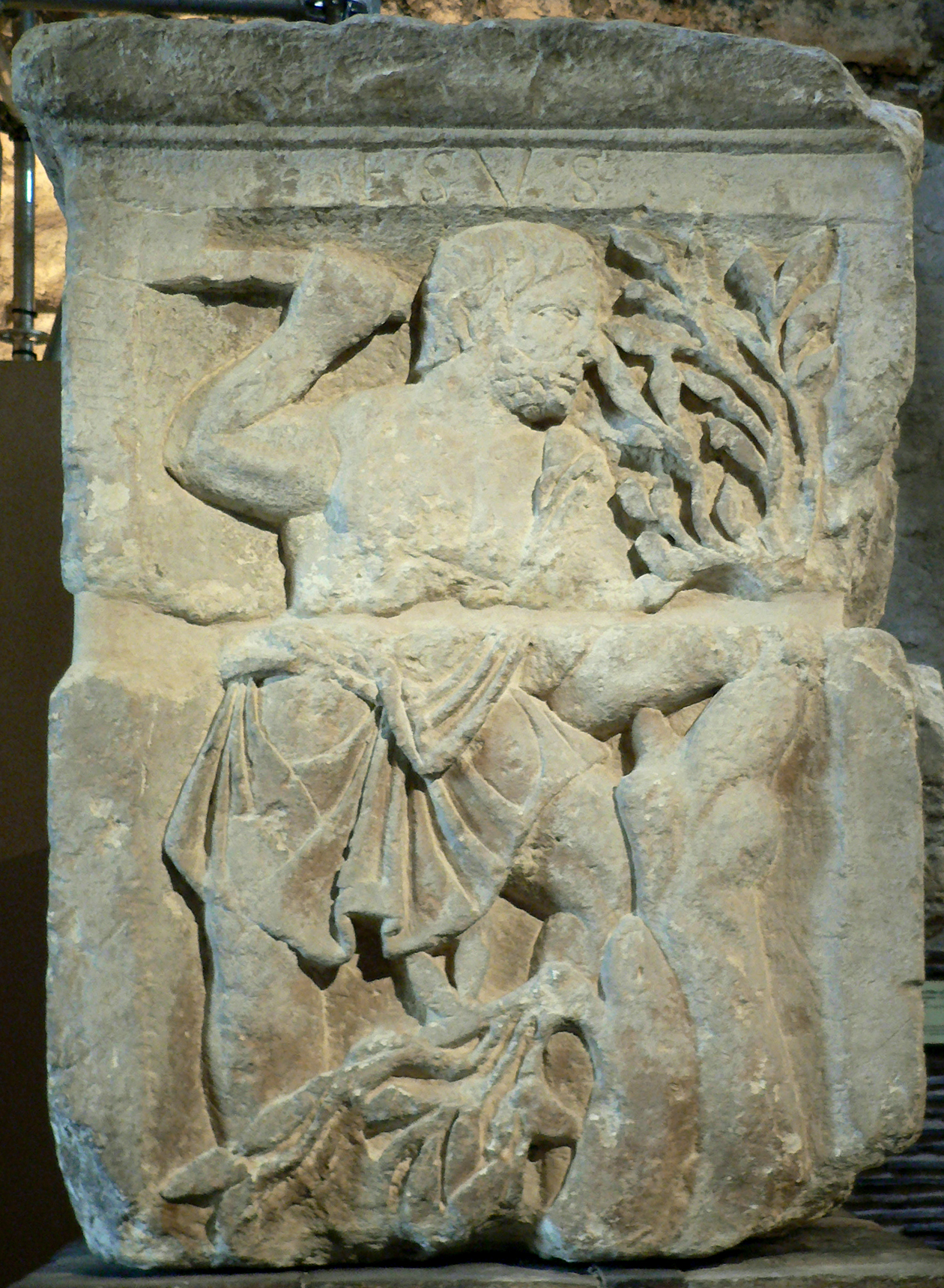 If you are God and everyday, you are hearing people praising and worshipping a name, which is not your name, what will you feel? Will you be happy? This sub-article of Shocking truth about ‘Jesus Christ’ name mainly focuses on the origin of the names ‘Jesus’ and ‘Christ’. This is to know, whether or not, the names deserve to be praised. Incidentally, this will give us a clue on people, who are more than atheists and satanists.

Of course, the names ‘Jesus’ and ‘Christ’ are found in the English bible. Thus, without controverting facts, which will put the bible in question, the names are presumed to be the truth. But granting for the sake of argument that said names are, in fact, written in the bible, with spiritual guide, did it ever occur to believer’s mind that maybe the spirit that guided is evil and the names written therein are corrupted? It is because the English and Christian name Jesus Christ is playing an important role in a narration of past events, during which time, the present English language, Catholicism and Christianity were not yet in existence.

In short, how can a christian and english name Jesus Christ evolve into existence as the name of the son, when the messiah was neither a Christian or an Englishman?

Thus, consequently, for believing in a Jesus Christ name, which did not exist when the messiah was here on earth, Catholics and Christians are deemed believers of a lie, hence, they are worst than atheists  and Satanists. It is so, because atheists and satanist  are believers of truths, the atheists, being basing their decision on facts, not on lies and the beliefs of Satanists, being honestly bad, as they worship Satan, without claiming to be faithful or pretending to be good or holy. Also, as Catholic and Christians worship the created Jesus Christ entity lie as God, the graver that they become worst than atheists and Satanists. Notice that this event is even prophesied by the scripture, more specifically in Romans 1:25, where it states that this created lie is being served and worshipped as God. It states as follows:

“They exchanged the truth of God for a lie, and worshiped and served what has been created instead of the Creator, who is praised forever. Amen.” (Christian Standard Bible)

Finally, therefore, it is logical to conclude that Catholicism and Christianity, in general, are the most deceiving form of a Satanic cult, because believers are being indoctrinated to worship and serve the son of perdition as God, who is described in 2 Thessalonians 2:3-4.

The origin of the Jesus name has so many versions. One version says that Greek name Ἰησοῦς (Iesous), where the name Jesus originated, was derived from Greek name  Ἰασώ (Iaso ) or Ἰησώ (Ieso), which is a feminine form of Iesous and the name of a Greek goddess of recuperation from illness. Iaso or Ieso, as noted in Wikipedia, was the daughter of Asclepius, with five sisters, namely: Aceso, Aglæa/Ægle, Hygieia, Panacea, and Meditrina (Roman). All six were associated with some aspect of health or healing. For more information on the genealogy of Iaso, see Panacea.

William Smith in his dictionary of Greek and Roman biography and mythology described Ἰασώ (Iaso), i. e. Recovery, a daughter of Asclepius or Amphiaraus, and sister of Hygieia, as the goddess of recovery; and in the temple of Amphiaraus at Oropus a part of the altar was dedicated to her, in common with Aphrodite, Panaceia, Hygieia, and Athena Paeonia. In short, she is one of the prominent deities worshipped by Greeks and Romans.

It could had been derived also from Celtic deity Hesus, which is adopted by Filipinos as the name of the son similar to adopting Zeus (Diós; dative) as god as they adopted the “Diyos” title , which is a tagalog transliteration of a Zeus name.  As described in Wikipedia, Hesus was worshipped by Celtics and Gallo-Romans. It states:

“A well-known section in Lucan‘s Bellum civile (61 – 65 CE) refers to gory sacrifices offered to a triad of Celtic deities: Teutates, Hesus (an aspirated form of Esus), and Taranis.[2] Variant spellings, or readings, of the name Esus in the manuscripts of Lucan include Hesus, Aesus, and Haesus.[6] Among a pair of later commentators on Lucan’s work, one identifies Teutates with Mercury and Esus with Mars. According to the Berne Commentary on Lucan, human victims were sacrificed to Esus by being tied to a tree and flailed.[7]

The Gallic medical writer Marcellus of Bordeaux may offer another textual reference to Esus in his De medicamentis, a compendium of pharmacological preparations written in Latin in the early 5th century and the sole source for several Celtic words. The work contains a magico-medical charm decipherable as Gaulish which appears to invoke the aid of Esus (spelled Aisus) in curing throat trouble.[3]

The personal name “Esunertus” (“strength of Esus”) occurs in a number of Gallo-Roman inscriptions, including one votive inscription dedicated to Mercury,[8][9] while other theophoric given names such as Esugenus are also attested.[6] It is possible that the Esuvii of Gaul, in the area of present-day Normandy, took their name from this deity.[10]

T. F. O’Rahilly derives the name Esus, as well as Aoibheall, Éibhleann, Aoife, and other names, from the Indo-European root *eis-, which he glosses as “well-being, energy, passion”.[11]”

Added further is concerning the similarity of Hesus with Jesus name, stated as follows:

“The 18th century Druidic revivalist Iolo Morganwg identified Esus with Jesus on the strength of the similarity of their names. He also linked them both with Hu Gadarn, writing:

Both Hu and HUON were no doubt originally identical with the HEUS of Lactantius, and the HESUS of Lucan, described as gods of the Gauls. The similarity of the last name to IESU [Welsh: Jesus] is obvious and striking.[13]

This identification is still made in certain Neo-Druidic circles. Modern scholars consider the resemblance between the names Esus and Jesus to be coincidental.”

In summary, based on the above two versions, the name Jesus had emanated from the name of a pagan deity.

Another version concerns the Hebrew or Aramaic  origin of Jesus name. According to this version, Greek name Ἰησοῦς (Iesous) is a translation or transliteration of Yeshua from other language, which, depending on the source, either from Hebrew or Aramaic language. Meaning, in contrast to above two versions, Greek name Iesous did not originate from Greek. There is inherent confusion however in this version, because while one would say that it originated from Aramaic language, others would say that it emanated from Hebrew, and while one says that it was translated from other language, either from Hebrew or Aramaic, others would say that it was transliterated from the either of the said languages. In short, even from the very beginning, people are being made to believe on a name, which is coated with confusing origin and means of converting it from one language to another.

Clearly, however, there was no translation or transliteration of the messiah’s name from Hebrew or Aramaic to Greek. It is because, what is obvious, is  replacement of the son’s name by way of using the masculine name of a pagan deity, e.g Ἰασώ (Iaso ) or Ἰησώ (Ieso), being the same in character, as she is god of recovery or using Celtic deity Hesus’ name or the contradicting character, but not by way of adopting the equivalent meaning of a Hebrew word to Greek. Also, transliteration is negated by the fact, that even assuming that Yeshua is the correct Hebrew or Aramaic name, the said name is a proof that Greek name Iesous is incorrect, because the resulting english name Jesus is very different from Yeshua, which is likewise an english transliteration, as it is no longer in Hebrew or Aramaic alphabets.

In conclusion therefore, the Greek name Iesous has no Hebrew or Aramaic origin but merely based on Greek-Roman paganic assertion of the name of their own deity or subject of worship.

Another controversial name is “Christ”. This controversy can be  traced and resolved through the Christogram, which was adopted by Emperor Constantine I. Wikipedia explains:

“The Chi Rho (/ˈkaɪ ˈroʊ/; also known as chrismon or sigla[1]) is one of the earliest forms of christogram, formed by superimposing the first two (capital) letters—chi and rho (ΧΡ)—of the Greek word ΧΡΙΣΤΟΣ (Christos) in such a way that the vertical stroke of the rho intersects the center of the chi.[2]

The Chi-Rho symbol was used by the Roman emperor Constantine I (r. 306–337) as part of a military standard (vexillum). Constantine’s standard was known as the Labarum. Early symbols similar to the Chi Rho were the Staurogram (

In pre-Christian times, the Chi-Rho symbol was also to mark a particularly valuable or relevant passage in the margin of a page, abbreviating chrēston (good).[3] Some coins of Ptolemy III Euergetes (r. 246–222 BC) were marked with a Chi-Rho.[4]

Although formed of Greek characters, the device (or its separate parts) are frequently found serving as an abbreviation in Latin text, with endings added appropriate to a Latin noun, thus XPo, signifying Christo, “to Christ”, the dative form of Christus.[5]”

Wikipedia further added regarding the Christogram:

“A Christogram (LatinMonogramma Christi[1] ) is a monogram or combination of letters that forms an abbreviation for the name of Jesus Christ, traditionally used as a religious symbol within the Christian Church.

One of the oldest Christograms is the Chi-Rho. It consists of the superimposed Greek letters chi(Χ) and rho(Ρ), which are the first two letters of Greek χριστός “Christ“. It was displayed on the labarum military standard used by Constantine I in AD 312. The IX monogram (

) is a similar form, using the initials of the name Ἰησοῦς (ὁ) Χριστός “Jesus (the) Christ”, as is the ΙΗ monogram (

), using the first two letters of the name Ἰησοῦς “Jesus”.”

From the above historical accounts, it is noted that Chi Rho sign was already adopted during the time of Ptolemy III Euergetes–the third King of Ptolemaic dynasty of Egypt, which even predated the time when the messiah was here on earth.

Finally therefore, the “Jesus” name, the origin of which is traceable in the Septuagint, which was written during the incumbency of  Egyptian King Ptolemy II Philadelphus, and the “Christ” name, which was promoted through a Christogram by Roman Emperor Constantine I  but traceable even during the time of King Ptolemy III Euergetes of Egypt, has no Hebrew or Aramaic origin but only based of Greek-Roman cult. That being so, Catholics and Christians, in general, as heirs of the Constantinian Christianity, are believers of Greek-Roman Christ and not followers of the Jewish messiah.

By aaphil in Religious Deception on May 9, 2018.
← Yahushua: The Only Way to the Father Jesus Christ: The Way ‘to Zeus’, The Lie and The Death →