Home » Religious Deception » Jesus Christ: The Way ‘to Zeus’, The Lie and The Death

Jesus Christ: The Way ‘to Zeus’, The Lie and The Death 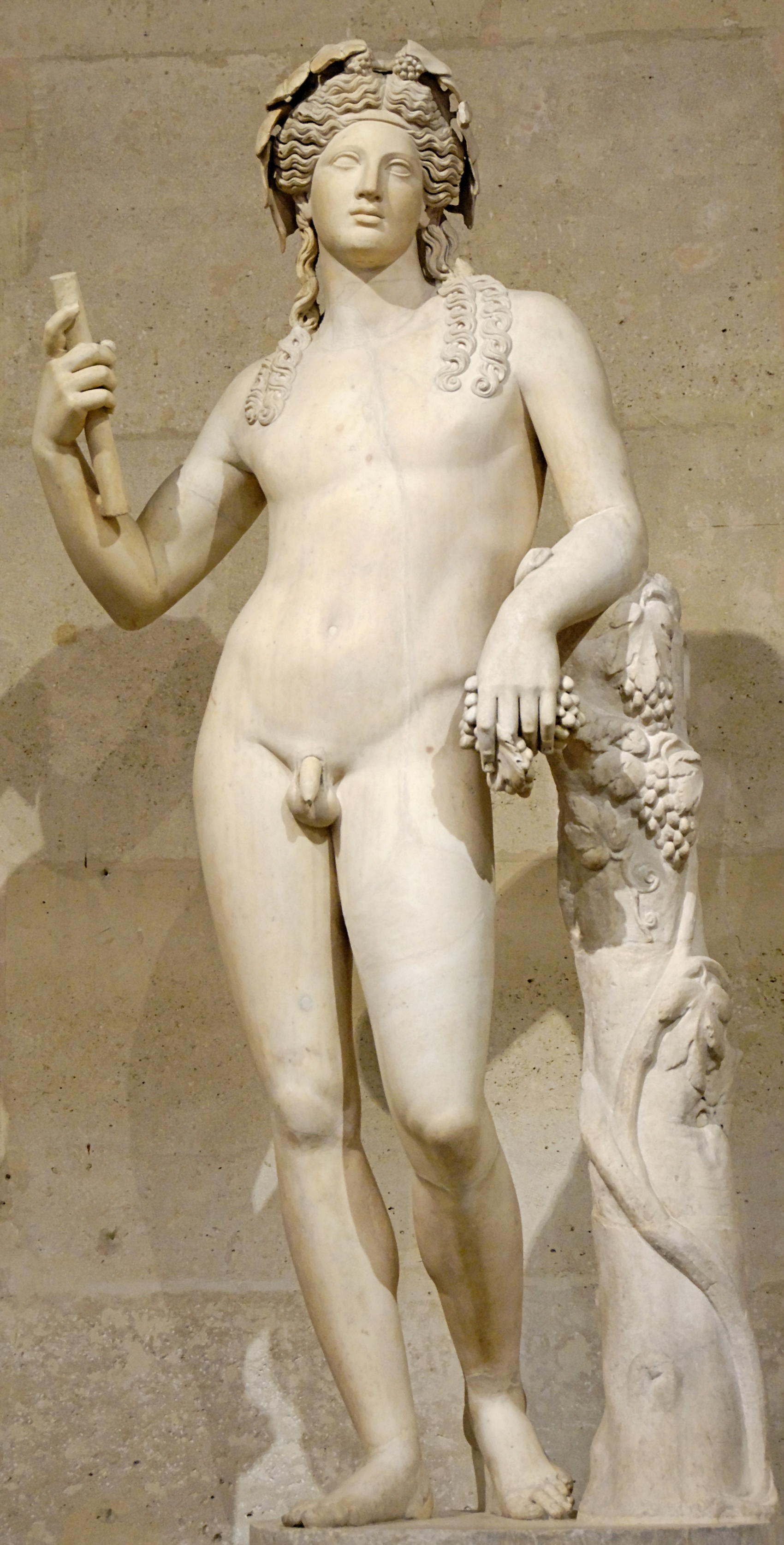 Are Catholics and Christians worshipping the Creator or are they deceived to worship Greek pagan god Zeus using tradition and the bible? This issue will be tackled in this article with preliminary question by invoking John 14:6, which provides that “6 Jesus said to him, “I am the way, and the truth, and the life. No one comes to the Father except through me.” Is the bible really telling the truth? No. It is because the Zeus-Dionysus-Jesus Christ connection is obvious in today’s worship and religious practices though the genitive Dios, more specifically, through the Filipino term ‘Diyos’, which originated from the influence of Spaniards, who brought the Roman Catholic beliefs to Filipinos.

Wikipedia (Etymology section) describes the Zeus-Dionysus connection through the ‘dio’ element in Dionysus, as follows:

“The dio- element has been associated since antiquity with Zeus (genitive Dios). The earliest attested form of the name is Mycenaean Greek 𐀇𐀺𐀝𐀰, di-wo-nu-so, written in Linear B syllabic script, presumably for /Diwo(h)nūsoio/. This is attested on two tablets that had been found at Mycenaean Pylos and dated to the 12th or 13th century BC, but at the time, there could be no certainty on whether this was indeed a theonym.[19][20] But the 1989–90 Greek-Swedish Excavations at Kastelli Hill, Chania, unearthed, inter alia, four artifacts bearing Linear B inscriptions; among them, the inscription on item KH Gq 5 is thought to confirm Dionysus’s early worship.[7]”

From the above, it is clear that the genitive case for Zeus is Dios, which is the origin of Tagalog Diyos.  Obviously, therefore, Filipinos, who are worshiping or calling ‘Diyos’ or ‘Amang Diyos’ (or Father Zeus). a term which never originated from native Filipinos,  had been influenced, all along, by Spaniards to traditionally worship Greek pagan god Zeus as their God.

Also, while Catholics and Christians consider Zeus and Dionysus merely as myth, such mythological assertion is already confirmed to be a fallacy by the two tablets found in Mycenean Pylos and Greeks-Swedish excavations at Kastelli Hill, as described by Wikipedia above. Hence, due to belief in Jesus Christ, who is the son of the worshipped ‘Diyos’ by Filipinos or Dios by hispanics, Catholics and Christians, worldwide, are, in fact, worshiping Greek pagan god Zeus.

Further, notice the obvious connection of physical appearance of Zeus, Dionysus and Jesus Christ, which is suggestive of their genetic relationship, as they all appear European, with Jesus Christ being less likely Jewish. Furthermore, concerning the relationship of Dionysus and Jesus, both name end in suffix -sus, which can not be disregarded to emanate directly from the name Zeus.

Conclusively, therefore, Catholics and Christians are deceived to believe in a false Creator, which is prophesied in Romans 1:25, which substantially states that the created lie, which is superficially exhibited by the Jesus Christ entity lie but deeply embedding the worship of genitive Dios or Zeus is being deceptively worshipped, instead of being treated merely as a creation. How was the deception done by deceivers? It is through the play of languages, where the name of Zeus, which is zdeǔ̯s[4] in attic Greek or Dios in Hispanics or Diyos in Filipinos or translated as God in english is believed to be the Creator. As a reference, Romans 1:25 states:

“They exchanged the truth about the Creator (God) for a lie, and worshiped and served created things rather than the Creator–who is forever praised. Amen.”(New International Version)

How was the lie initiated? It is through translation of the Hebrew scripture to the Greek language, where the name of the Father, known also as tetragramaton (YHVH) is converted into title, now Lord in English, as noted in Isaiah 42:8, whereas, the name of Zeus (genitive Dios) was likewise transliterated  into title, that is, dios in Spanish or diyos in Filipino. Dios or diyos, being now understood as a title, is deity or God in English. As a result, the true name of the Father became confusing, albeit, unknown to believers while the name of Zeus is being worshipped through title in Catholicism, Orthodox Church and Christianity in general and through Jesus Christ, who is better known as the son of the worshipped ‘Diyos’ in Filipinos.

Also, In today’s practices, sun worshipping is carried through the Sunday worship, which was passed into law by Roman Emperor Constantine on March 7, 321. He decreed what is known as dies Solis—day of the sun, “Sunday”—as the Roman day of rest (Codex Justinianus 3.12.2), stating as follows:

“On the venerable day of the Sun let the magistrates and people residing in cities rest, and let all workshops be closed. In the country however persons engaged in agriculture may freely and lawfully continue their pursuits because it often happens that another day is not suitable for grain-sowing or vine planting; lest by neglecting the proper moment for such operations the bounty of heaven should be lost.[36]”

While deceived followers would not admit the Sun worshipping-Zeus direct connection, this is objectively described in Wikipedia (Zeus and the sun section) as follows:

“Zeus and the sun

Zeus is occasionally conflated with the Hellenic sun god, Helios, who is sometimes either directly referred to as Zeus’ eye,[67] or clearly implied as such. Hesiod, for instance, describes Zeus’s eye as effectively the sun.[68] This perception is possibly derived from earlier Proto-Indo-European religion, in which the sun is occasionally envisioned as the eye of *Dyḗus Pḥatḗr (see Hvare-khshaeta).[69]

The Cretan Zeus Tallaios had solar elements to his cult. “Talos” was the local equivalent of Helios.[70]“

The description above mentions *Dyḗus Pḥatḗr, which is equivalent to ‘Amang Diyos’ in Tagalog, but noticeably referring to no other than Zeus, as described above. This deceptive play of language leading to subliminal adoption of the name Zeus as the believed Creator is confirmed to be so, when the term ‘Dios’ was discovered from the remains in the Zeus temple in Athens. While in classical attic Greek, Zeus is pronounced  zdeǔ̯s[4], noted in the artifacts used the letter Delta instead of initial Zeta, which clearly establishes that Hispanic Dios or Diyos in Tagalog is intimately related to Zeus. It is shown below.

No wonder that the new testament stressed the existence of the spirit of an anti-Christ even at the time of the apostles. 1 John 4:1-6 states: In short, the enemy was already in this world, when the messiah was here on earth. In fact, as revealed by history, reverence and worship of deities, more specifically towards Greek pagan Zeus, was already in the tradition of Greeks, especially during the time of King Ptolemy Philadelphus, of Alexandria, Egypt, where Septuagint, which erased the name of the Father in Koine Greek, was written. Consequently, this later promoted the Greek name Iesous (now Jesus), which is very far from the Hebrew name of the messiah.

Also, the statue of Zeus, which is shown herein and Olympic games, which were initially  both religious and athletic festivals held every four years at the sanctuary of Zeus in Olympia, Greek are living proofs of the act of acknowledging, honoring and worshiping Greek pagan god Zeus even at present and the world is enjoying it. Further, pedophilia and homosexuality, which is exceptionally rampant among priests, is a proof that the spirit of pagan god Zeus is living in them as Zeus had exhibited his homosexual desires, having had a male lover in the name of Ganymede.

Hence, contrary to the mythology assertion of deceivers, Greek pagan Zeus was indeed a revered and worshipped pagan god by Greeks, which is, at present, being observed in other places. But while deceivers had been projecting Zeus as part of the Greek myth, and by history, some alleged ‘Christian’ Emperor had prohibited the worship of Greek and Roman pagan gods, they had, by deceit, effectively embedded the worship of the said pagan god, even using the words of the Creator to sustain worshipping him through the bible and through Hispanic term Dios or Tagalog Diyos, which is  being translated as God in English.

Finally, then, pagan god Zeus, known as thunderbolt-bearer has no distinct difference from Satan, who, as described in Luke 10:18 is a “lightning falling from heaven” or a light bearer. In fact, during Olympic games, in honor of Zeus, it had been a practice that the lighted torch is being carried from one torch bearing athlete to another in the opening ceremony to ceremoniously show that there is no difference between him and Satan, hence, they are actually one and the same entity.

By aaphil in Religious Deception on July 8, 2018.
← Where did the names ‘Jesus’ and ‘Christ’ originate? Sex organ is the forbidden meat to be eaten →