Roman Catholic theologians are creative, very dynamic and less likely satisfied. They seemingly believe in Charles Darwin’s theory of evolution and in population explosion theory. But instead of applying the theories to animals, they applied them to Almighty God. 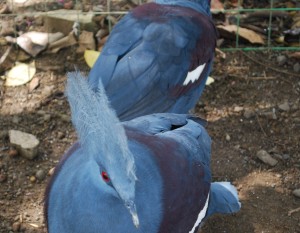 Evolution of eggs to ostriches. http://www.wordatthenet.com

From One God, they theorized in trinity doctrine that God has three persons, namely, the Father, the Son and the Holy Spirit, by combining the three (3) distinct and separate entities into One.

Not satisfied, they theorized that the three persons have a company, which is the southern ‘cross’ in heaven, by indoctrinating followers, to make the ‘sign of the cross’, before and after praying at the same time, teaching them to say “In the name of the Father, the Son and the Holy spirit…amen”.

There is doctrinal compulsion of the companionship of the four because prayers are incomplete when one of them-the cross, is missing.

Of course, as the three persons were doctrinally made to be in compulsory company with the southern cross, then what we have is ‘quadrinity’ doctrine, as there are now four (4) persons in company. END_OF_DOCUMENT_TOKEN_TO_BE_REPLACED