Just like Christmas, which is a proof of religious deception, holy week needs destruction to convince humanity that it is not holy; that the idolatry deeply rooted in it is not acceptable; that parading the cross in the station of the cross and the ‘sign of the cross’ when praying are insults being in violation of God’s commandment. (Exodus 20:4) 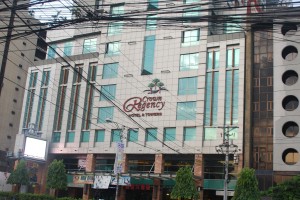 Incidentally, the disaster may be able to “explain” clearly the scriptural truths, which are being destroyed by Roman Catholicism, opportunism, secularism which resulted to “same-sex marriage” and reproductive health law, and atheism.

In essence, it will be destruction against the destroyer of spiritual truths. Theoretically, therefore, this holy week, another evidence of religious deception will be at hand-the statistics of dead bodies. END_OF_DOCUMENT_TOKEN_TO_BE_REPLACED