Are you not scared if Jesus Christ is God?

Contrary to beliefs of most Christians, the crucifixion of Christ is proof enough that he is not God. On the other hand, are you not risking yourself if you keep on insisting Jesus is God? Because by doing so, you are logically serving a FALSE GOD and forgetting the Entity who was with the Word (who became human being in the person of Christ) stated in John 1:1, which also stresses that ‘the Word was with God’. 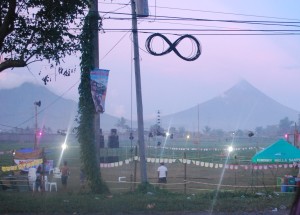 Are you not scared if you forget God who was with the Word?

This article is a sequel to “Grammatical error in ‘Jesus is God’ doctrine“,which emphasizes the use of past tense indicative mood of be, which is “was’ in John 1:1 stating also that the Word was God. Said verse simply logically emphasizes that ‘the Word that became flesh’ is no longer God, when he lived among us. END_OF_DOCUMENT_TOKEN_TO_BE_REPLACED