Filipino language has an equivalence for forbidden meat. But like sodomy, the term is being understood as not connected to  the prohibition “eating meat with blood still in it” but may be deeply noted to be just the same, as it is still a type of sexual perversion. 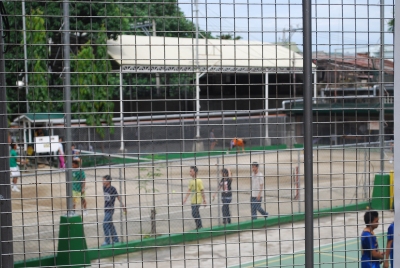 Street language can be learned only from the street. http://www.wordatthenet.com

Thus, if you happen to talk to a man, who would boast his sexual prowess done to a woman or the unusual effort of the woman, the discussion would always be taken not in a biblical perspective but on a sexual sense.

The violation of prohibition, which maybe sexually “eating” by a man or by the woman of the other’s genitalia, is not being consciously considered. Instead, the discussion would usually end up in “laughter”, “enjoyable and light conversion“, “bragging”, etc.

Tradition and hesitance on the part of preachers to confront the issue resulted in the contamination of the meaning of the prohibition, especially, at present,when pornography is rampant. Worst, some priests are helping in the promotion of the prohibited act. END_OF_DOCUMENT_TOKEN_TO_BE_REPLACED

“Eating Meat with Blood Still in it”: What is it?

Before discussing fully the issue, let us believe in good faith that the translation of the “Word” from its ancient language to the present version is correct and that the translation takes into full consideration the sequence on how the “words” were spoken, specifically on the above cited verses. Having done so, then let us proceed.

The subject verses are as follows:

1God blessed Noah and his sons and said: “Have many children, so that your descendants will live all over the earth. 2All the animals, birds and fish will live in fear  of you. They are all placed under your power. 3Now you can eat them, as well as green plants; I give them all to you for food. 4The one thing END_OF_DOCUMENT_TOKEN_TO_BE_REPLACED